In March 2019, we rented a tiny car that barely fit the four of us and our suitcases and drove counterclockwise around New Zealand’s South Island. Starting in Christchurch, we crossed the island toward the west coast, winding through the mountainous region along very narrow roads. (We were then thankful for our tiny car). We stayed a night in Punakaiki, visited the pancake rocks, then drove to Franz Josef to see the glacier.

Next stop was Queenstown, where we stayed several nights and enjoyed excursions like an ATV mud tour, luge rides, and a boat ride through Milford Sound (although the bus ride to the Sound was terrifying. Those tiny roads aren’t meant for giant tour buses). Before heading back to Christchurch, we spent a night at Lake Wanaka and rode bikes along the lake. It was fall in New Zealand, so the leaves were starting to change colors and it was a little chilly.

On our drive back to Christchurch, we took an impromptu detour off the highway to see Mount Cook. It was well worth the extra time! The lake around the mountain (Lake Pukaki) had the bluest water I’ve ever seen. Apparently it’s so blue because it contains minerals from the glacier-fed waters. 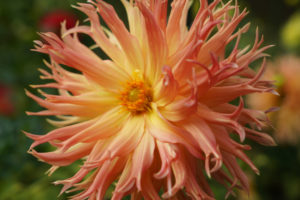 Dinner cruise on the Royal Albatross with the Pira

Yay for sunny weather and no rain! Today we tried

Minecraft paintings are DONE!! Noelle and I starte

Today we hiked along the abandoned railroad in the

We traveled all of six miles for a weekend staycat

I came across this quote today and it made me smil

Oh my goodness, I love my portrait that my little

"Words are, in my not-so-humble opinion, our most inexhaustible source of magic."

"Words are, in my not-so-humble opinion, our most inexhaustible source of magic."
https://emilyoberton.com/testimonials/writing-quote-1/
"If there's a book that you want to read, but it hasn't been written yet, then you must write it."

“To write is human, to edit is divine.”
https://emilyoberton.com/testimonials/writing-quote-3/
0
1
Emily Oberton, Author